usdt hold
4 hours ago
ECOMI And VeVe: The Mom And Pop Of NFT Comics And Illustrated Books

ECOMI and it's NFT platform VeVe are carving out a unique niche in NFTs. You never know what may happen to that old Spider Man comic you once loved but... 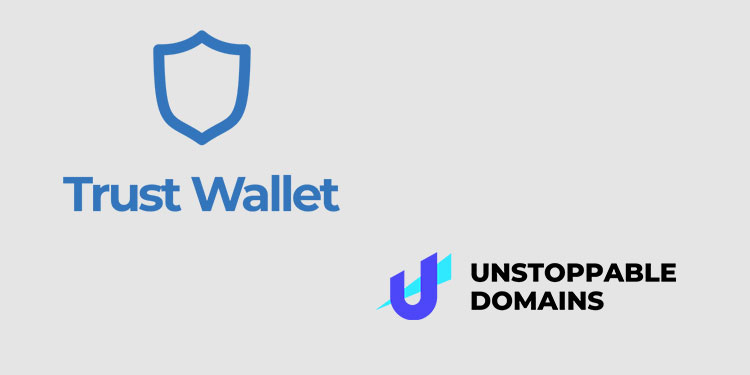 4 hours ago
Bitcoin Price Prediction: BTC Rolls Down The Runway Ahead Of Takeoff To $48,000 4 hours ago
2021 Is The Year Of Cross-Chain Projects. Here are Some To watch

Bitcoin has now seen declining prices following the El Salvador Bitcoin law. The flash crash that had cleared at least $400 billion off the crypto total market cap has left... Solana Sees Colossal Crash After Blockchain Shutdown; How Close Is The Network To Recovery?
Reviews and LongReads

Bitcoin Golden Cross: Everything You Need To Know About The Bullish Signal
Reviews and LongReads We follow the events of Cardano's smart contracts launch, the criticism it faced, how it was addressed, and what's to come.

13 hours ago
Alexis Ohanian Loves Serena So Much, Has 6 CryptoPunks Like Her 14 hours ago
Despite Ushering In Smart Contracts, Killing Ethereum May Still Not Be A Walk In The Park For Cardano

16 hours ago
Solana based SolRazr, a Venture Platform Offering a Decentralized Developer Ecosystem, to Deploy Launchpad

13 hours ago
How You Can Donate Crypto To Fight Autism

The number of charities and non-profit organizations accepting crypto continues to grow, and now it looks like the Autism Science Foundation (ASF) has become the latest firm to say “yes” to BTC. You Can Fight Autism Through Crypto Donations If you’ve ever fancied using bitcoin to combat one of the world’s biggest issues, now may... The post How You Can Donate Crypto To Fight Autism appeared first on Live Bitcoin News.

15 hours ago
Dapper Labs Partners With Google To Scale Blockchain

Google has partnered with Dapper Labs, known for their popular NFT collectibles and crypto games. The partnership will scale Dapper’s blockchain which is currently the fourth largest by sales volume according to DAPP Radar. Dapper Labs’ first NFT project was back in 2017 when it launched the famous ‘Crypto Kitties’ a popular NFT game that forced Dapper to develop its own blockchain - Flow, due to the congestion that the game was causing on the Ethereum network.  Google’s partnership with Flow will take the form of a multi-year partnership during which Google Cloud will act as a network operator to help Flow scale. Vice president of Google Cloud North America, Janet Kennedy, outlined the importance of secure infrastructure for blockchain companies: “It's really about helping them with rapid and sustainable growth. Blockchain technology is becoming more and more mainstream. So companies like Dapper need scalable, secure infrastructure to grow their business, and even more importantly, support their networks.” The CEO of Dapper Labs Roham Gharegozlou noted: “What you're seeing on blockchain today is the iPhone moment where consumers are starting to understand what's going on. There's tons of opportunity to build everything from the Flappy Bird to the Angry Bird of Flow and just blockchain in general.” Blockchain company Dapper is currently valued at a reported $7.5 billion and includes popular NFT collections such as NBA Top Shot and CryptoKitties. Current partnerships include the NBA, the NBPA, as well as Warner Music Group, Ubisoft, and UFC. The past year has seen the NFT explode, retract, and continue to grow. Partnerships with mainstream companies continue to aid the adoption of blockchain technologies and the companies using them. The partnership between Google and Dapper is one of the largest in the NFT space this year, and will see the blockchain company continue to cement its brand as one of the most signifigant in the space. Disclaimer: This article is provided for informational purposes only. It is not offered or intended to be used as legal, tax, investment, financial, or other advice.

16 hours ago
Bitcoin In El Salvador Is Starting To Take The Big Leap
El Salvador becomes the first country in the world to officially adopt Bitcoin as legal tender. In solidarity, the community pledged to purchase $30 worth of BTC, about the same amount that each El Salvadorian will receive. El Salvador purchases 550 BTC while McDonald’s announces that it has begun accepting Bitcoin. El Salvador took the […] 15 hours ago
Binance Educates Over 350, 000 Crypto Beginners in Africa in First...
Top Posts

What Was Coinbase Thinking When It Dissed the SEC?
Regulations Crypto The bitcoin miner that yesterday closed a merger to list on the Nasdaq announced buying flagship Bitmain rigs.

17 hours ago
Miami Becomes First City to Approve a Native Crypto, Here’s How It Would Be Used

The US city of Miami has become the first city to approve a native cryptocurrency. The crypto token will be based on Bitcoin’s smallest unit “SAT” and would be called the Miami coin. Miami City Commission approved access to $4.3 million in Miami Coin. The token can be mined using Bitcoin mining apparatus and for The post Miami Becomes First City to Approve a Native Crypto, Here’s How It Would Be Used appeared first on Coingape.

Colossal is aiming to combat climate change by resurrecting extinct species in their natural habitats, with the firm’s landmark de-extinction project focused on woolly mammoths.

Cryptocurrencies rarely stay put. Their price can soar double-digit percentage within one day or get cut in half within hours....

Blockstream and Macquarie collaborate to explore carbon-neutral alternatives for their joint investment in bitcoin mining.

According to news from the Analytic group, PeckShield, the DEX protocol, NowSwap was hacked and lost more than 1 million USD in funds. The attackers stole 535,000 USDT and 158 WETH. USDTs are converted to ETH through the distributed network service, 1inch, and further transferred to the Ethernet Square anonymous trading platform, Tornado Cash. Furthermore, The post Defi Hack Alert: NowSwap losses over $1 Million in cyber attack appeared first on Coingape.

The Russian Government’s website was recently hacked. The scammers launched a fake Bitcoin (BTC) scheme, followed by re-publication despite repetitive takedowns. According to the local Russian news outlet Izvestia, an unidentified group of hackers began promotions of the Free BTC Giveaway scheme on the Ryazan administration’s website. In the mentioned scheme, hackers had contested the The post Bitcoin Scam: Hackers launch Ponzi BTC scheme through Russia’s Government website appeared first on Coingape. 6 hours ago
How Facebook Undermines Privacy Protections for Its 2 Billion WhatsApp Users
by Peter Elkind, Jack Gillum and Craig Silverman When Mark Zuckerburg unveiled a new “privacy-focused vision” for Facebook in March 2019, he cited the company’s global messaging service, WhatsApp, as a model. Acknowledging that “we don’t currently have a strong reputation for building privacy protective services,” the Facebook CEO wrote that “I believe the future […]

Binance lawsuit: Claimants mount up in arbitration for decentralization
Security and Scams

DogecoinAlleged Dogecoin Mining Scam Rakes In $119 Million: ReportsScams are far from unusual in the world of crypto, but seldom
Security and Scams The BTC mining industry is getting a makeover as miners shift their focus to ESG, or environmental, social and governance, initiatives.

The exchange has been forced to establish a paywall for their new NFT feature in order to reduce spam.

One crypto mining rig seller in Vietnam has reportedly seen its sales triple in early September, with GPUs selling at premium prices. 19 hours ago
Bitcoin Mining Activity on the Rebound as Hashrate Climbs About 90%...

The mining difficulty in the Bitcoin network has soared to its highest point for the first time in 4 weeks. According to data from Coinwarz, the current Bitcoin difficulty is 17.62 T at block 697,571, resulting in a Bitcoin mining difficulty increase of 13.24 % in the last 24 hours. The current surge is the The post Bitcoin Mining Difficulty Surges 13.24% as Miners Returns to Duty appeared first on Coingape.

11 hours ago
Bitcoin Miners are Taking Profits, Where is the Money Going?

Bitcoin miners are notably taking profits off the table, a trend that has been highlighted by crypto markets analytics platform, Glassnode. The Glassnode data shows that events that are crucial on-chain trends can also be well linked to real-life demands.  The Bitcoin mining ecosystem took a massive plunge back in the second quarter following the The post Bitcoin Miners are Taking Profits, Where is the Money Going? appeared first on Coingape.